CO2-saturation can increase the shelf life of chicken 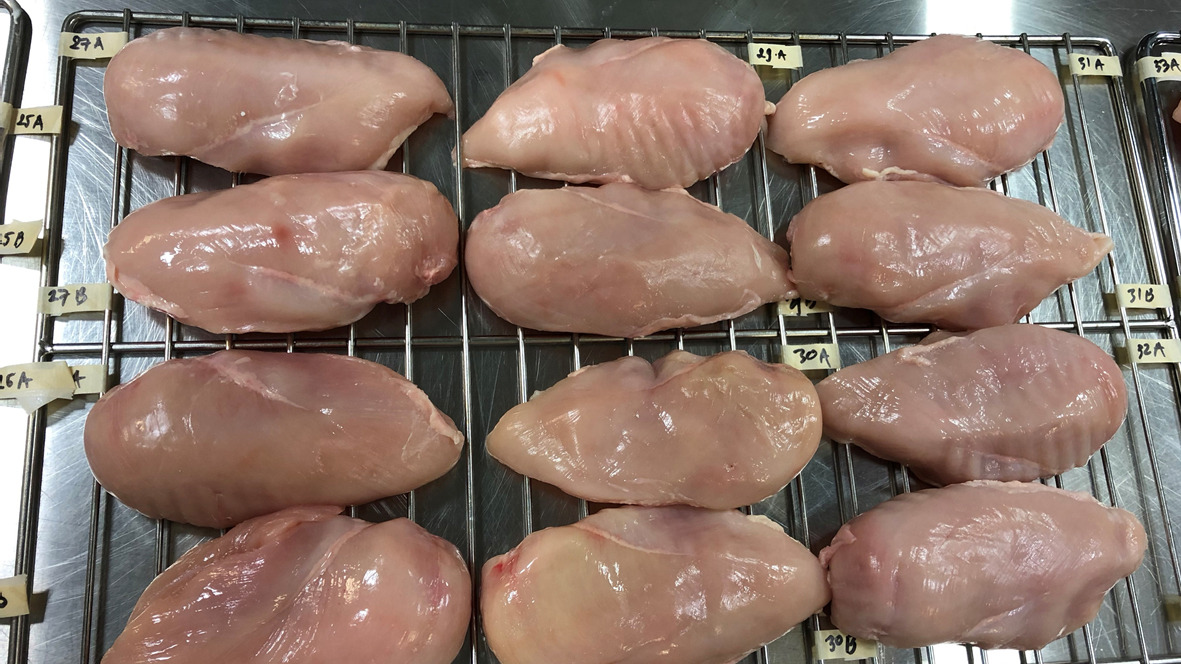 Do you like ready-cooked, sliced meat that you can just empty straight into a salad? Most of the ready-to-eat food products we know from the shops are all processed to some extent before they reach the supermarket shelves. The methods used to produce them are safe and well-established, but food scientists are constantly working to develop technologies that are even more gentle so as to increase the shelf life of food and improve its quality.

What effect does CO2 have on food?

One of the methods being investigated is to add a lot of carbon dioxide (CO2) to raw foodstuffs during processing.

In relation to food, CO2 really helps because it can inhibit bacterial growth. Therefore, food that is packaged with less oxygen and more CO2 can have a longer shelf life, which is an important contribution in reducing food waste.

The question the scientists (now) would like to investigate was whether CO2 could do even more for the food. What if the raw foodstuff is saturated with CO2 before being processed and packaged – could this extend its shelf life further and provide better quality?

The scientists wanted to test what the effect of CO2-saturated chicken would be when processed differently afterwards.

Less than two hours after slaughter, the chicken fillets were cooked in the oven and then quickly cooled to 1 – 2 °C. Half of them were placed in a sealed bag with 100% CO2 and left in a cool room (1 °C) overnight. The other half was placed in the cool room (1 °C) straight away.

The following day, all the fillets were cut into slices before undergoing one of four processes, all of which are known to inhibit bacterial growth. One group of fillets was subjected to high pressure for two minutes (600 MPa). Another group was subjected to microwaves of 1000 Watts for 45 seconds. A third group was vacuum-packed, and a fourth was packaged in “modified atmosphere”, where the oxygen was replaced with a gaseous mixture of CO2 and N2 (nitrogen gas).

Then, all samples were refrigerated at 4 °C until analysis.

And – what was the result?

Along the way, during a period that stretched over several months, the scientists analysed the chicken samples in order to measure several different quality characteristics; these included colour, texture, pH, loss of fluids, microbiology and rancidity. Did the processes work, and were there any tendencies that changed during the storage period? The trial chicken fillets were compared to each other and also with a commercially produced chicken product of the same type.

“The most important thing we found was that cooked chicken that had been pre-processed with both CO2 and high pressure received a longer shelf life than those that were processed in other ways”, says Tem Thi Dang.

All the different types of processing gave longer shelf life than the untreated. However, other processing effects could also be noticed in the results. 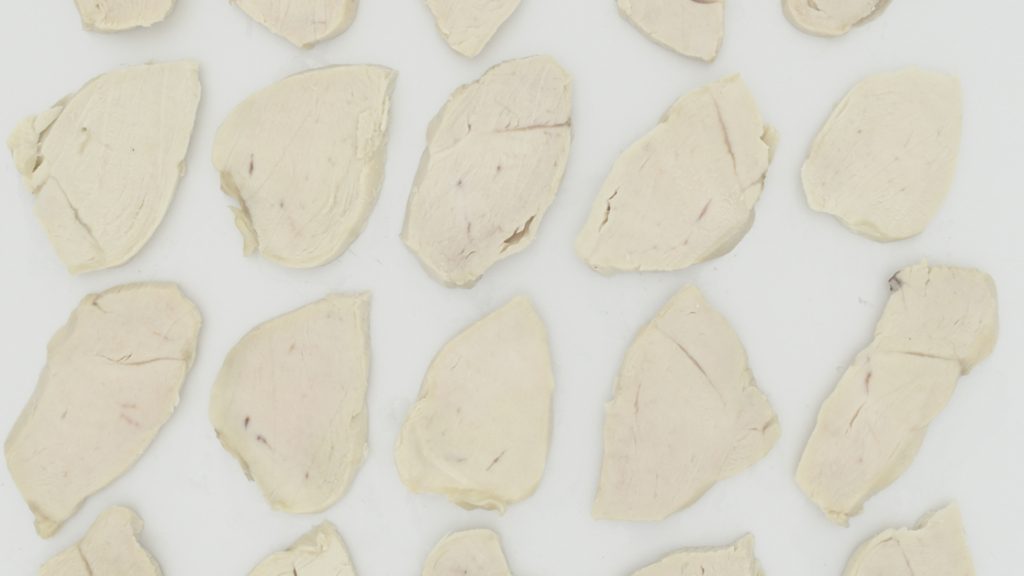 There was no noticeable colour difference between the chicken samples involved in the trial. Photo: Tem Thi Dang © Nofima

“All the sliced chicken products that were involved in the study were firmer and had a lower pH than the commercially produced chicken”, says Tem Thi Dang.

In addition, the scientists didn’t find any noticeable colour differences between the samples.

The results from this study show that there are several opportunities for food producers to adopt new, alternative methods for packaging and processing meat products in order to achieve longer shelf life.

The chicken samples from this trial have now been sent to other scientists involved in the project. These scientists will investigate whether the different processing methods affect allergens and digestibility.

The method called SGS (soluble gas stabilisation), or CO2 saturation, has been previously tested in research experiments on fish products. The results were good but the method has not yet been used in the food industry.